Celtic punk band, the Dropkick Murphys are making their debut on the Fair’s historic Grandstand stage on Thursday, September 1.

Since 1996, the Dropkick Murphys have released the kind of rock 'n' roll that is to be chanted at last call and played at sold-out arenas during the fourth quarter, third period, or ninth inning of a comeback rally

With a celebrated discography including 2005's gold-selling Warrior’s Code and the near double-platinum classic “I’m Shipping Up To Boston," they've sold over 8 million units worldwide.

The Dropkick Murphys generated half-a-billion streams and sold-out gigs on multiple continents. On their 2012 album, Signed and Sealed in Blood, single "Rose Tattoo" graced Loudwire's "Top 66 Best Of The Decade Rock Songs" at #21. 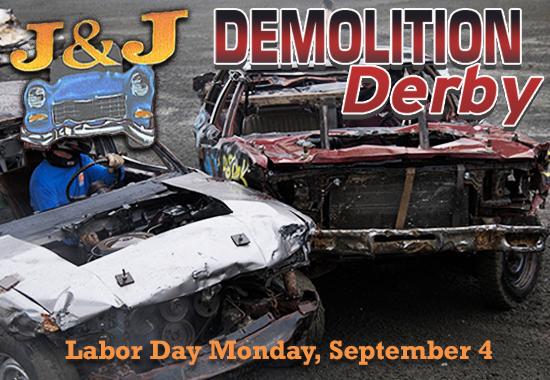 J&J Demolition Derby is a Labor Day tradition where fenders fly on the Allentown Fairground’s historic racetrack as drivers, crash and smash into each other in qualifying heats until the last vehicle running becomes The Beast of the East Champion.

Three fender crunching heats, featuring full size cars, 80’s or newer and compact cars will return to the Fair along with a new exhibition that includes the battery operated riding toys, Power Wheels. The Kids Power Wheels exhibition allows children ages 4-10 to show off their driving skills on the historic racetrack.

Starting April 22 at 10 a.m., tickets for J&J Demolition Derby will be available at the Fair Box Office on the Allentown Fairgrounds and online at Ticketmaster.com.